Skip to content
Telangana Household Servey Programme get Limca Book Record. The Government of Telangana conducted the most intensive household survey by a state, the state-wide Intensive Household Survey-2014, to ascertain the social and economic status of the citizens living in all the 10 districts of the State on August 19, 2014. The exercise had nearly 4,00,000 government employees covering over 1.09 crore households in a single day.

The survey began at 7.00 am and continued till 8.00 pm. The enumerators collected data such as names, age, educational qualification, profession, Aadhaar card numbers, bank account number, property and other details of the family members. 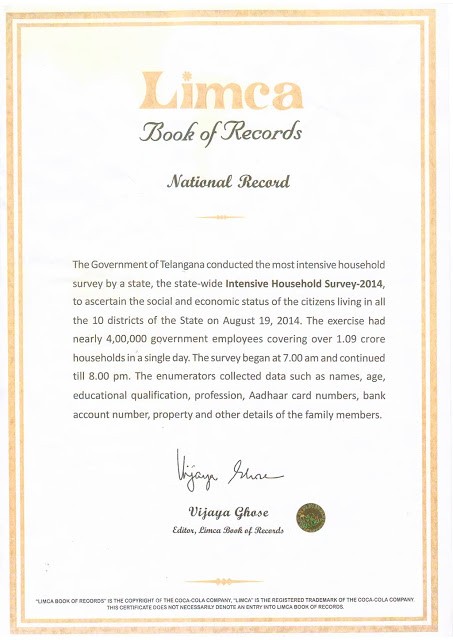