Skip to content
PollStar App Download – PollStar Election Monitoring Application for Telangana Assembly Elections : In order to closely monitor poll preparedness and polling process, The Election Commission would like to be in constant touch with their Polling Officers on Poll Day and Pre Poll Day. 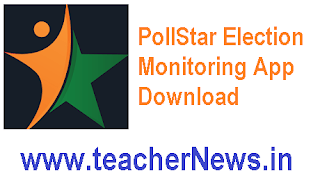 The PollStar App prompts polling officers to Answer the Questions that the Election Commission wishes to ask pre-Determined times. The system compiles the entries made by polling officers, analyze and presents them to nthe senior Administrators at the Election Commission. To Enhance the participation and the quality of responses, the system offers several features such as multiply attempts to contact POs and POs use of alternate Phone numbers whenever required.

The System shall also offer instant Feedback the Response Received, to Acknowledge the inputs provided by the POs .